UK Mutual Aid – how it all started 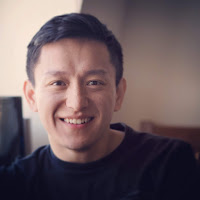 I caught up with Jia Zhuang via Zoom to ask him how UK Mutual Aid came about.  I have been involved for the past few weeks and, although, we live just a couple of miles away from each other we have only met on Zoom so far.  Such is the reality of organising during the pandemic.  Jia is modest about his involvement but it was his ability to spot an opportunity and use his tech skills that enabled those who need help and volunteers to be mapped not just in Barnet where we live but around the country.

I asked Jia to tell me a little about himself:

"My story is pretty simple.  My story is that I don't come from a rich family, I come from a first-generation migrant family, my mum moved here in 1992, my dad moved here in 1989.  We moved here as asylum seekers and we became naturalised British citizens in the mid-1990s.  It's just a story of migrants trying to survive in a new place.  I had the opportunity in early March when I had no work to reprioritise my energies onto something that was more worthwhile than sitting around watching the news."

So what was it that meant that Jia got the ball rolling?

"I knew that I have professional skills and I knew that I had the capacity and capability to help to coordinate and organise things and that's what I have been doing, trying to use my time and resources in a more socially positive way."

"I've worked over ten years in the digital industry, I have lots of experience with tech, building technology teams that build products.  In this instance when mutual aid popped up, with my technology and entrepreneurial hat on, I saw an opportunity to create a way of working that was organised and coordinated rather than disorganised and uncoordinated. It felt like to me at the time the more coordinated and organised we were the simpler we could keep communication.  The less complexity we had the more people in need we could reach as quickly as possible, without them falling through the net and ending up in a worse situation."

I was curious to know more about what inspired Jia.  He told me:

"I watched a BBC news programme about mutual aid and someone had an idea of printing a leaflet with their name and contact details and putting that through their neighbours' doors so they knew they could find someone and that was wonderful.  That was a moment of inspiration for me.  We should help each other, we should help our neighbours, we should help our local residents because there are so many people who are isolating.  That was the motivation then.”

Jia elaborated on the rationale for the approach:

“Because I work in technology and I work in product, large-scale solutions, and thinking also around sustainability it didn't feel like a single person putting a leaflet through the door could sustain itself in the long term.  You needed to build some structure, share the work, share the responsibility, share the response and do it in a way that is optimal and best fits everyone's skill sets, capacity, desire and ability. It was about matching abilities and desire with need in such a way that respected people's privacy and safety at a very low cost point."

So how exactly did UK Mutual Aid come about?  Jia explains:

"On 15th March, I created a WhatsApp group and I posted on NextDoor about mutual aid to see if there were any other mutual aid volunteers or groups set up already and there were none; I shared the WhatsApp link on NextDoor and people started to join; within days we had over 1,000 volunteers and looking at who was putting their hands up to help with planning and organising and that's how our teams developed."

What is particularly notable about UK Mutual Aid is how so many people came to be involved.  For Jia, this was down to the approach:

"It's not about control or ownership or anything like that; it's about collaboration, about working together, about making sure that we all share the same mission and clearly defining what that mission was.  When we first started, we recognised that waiting for a response from the statutory services would mean that people would get missed out and they needed an alternative safety net.  So, the idea was to get organised, set up and able to deliver aid as quickly as possible.  We went from organising everything from the 15th to getting the first request on the 18th, it took us three days to agree what to put on the leaflet, I built a simple map so that we could geo-locate volunteers and when a resident calls for help we have a cluster of volunteers who, based on their availability and volunteering services offered, could be matched."

Jia had previously mentioned that he was from Wuhan and I wondered if this meant he might have had a better idea of what was coming this way, for example, though reading Chinese language articles before news had spread to the West.  This is what Jia told me:

"I saw on social media what slipped out from China, some horrible situations, people committing suicide, people dying, people's businesses collapsing in Wuhan.  My mum was a pharmacist in China for many years so she had worked in hospitals and I am generally up to date in terms of general science and health.  Something like coronavirus, just by how it spread in China, in Wuhan specifically, it was immediately clear that it was transmittable through the air, through touching surfaces.  The only way you control an infectious disease without a vaccine is through isolation."

"It was clear very early on by looking at what was happening in Wuhan for me personally that what would happen here in the UK is that we would go into lockdown, a period where would be observing social distancing, isolating ourselves to stop it transmitting, what was not known was how severe the restrictions would be and how much they would be enforced.  Being a liberally democratic country, the responsibility is shared between government and citizens to act responsibly, a lot of people stayed at home, people played their part to stop the spread, they made their sacrifices.  When people were staying at home that's the time the most vulnerable in our society need our help the most because they can't go out, that's why mutual aid is so effective.  Even now we are so effective because we find healthy volunteers who are able to do shopping for elderly, vulnerable people and that reduces the risk of transmission."

So what of Jia’s tech background?  What, I wondered, had he done previously and how useful was this for the project that emerged?

"I've worked on a banking start-up project so I was exposed to heavily regulated sectors and I understand things about data and privacy; I worked previously in media, broadcasting and advertising so I also understand the role of digital platforms in terms of communicating at a time like this.  I have my own start-up and my own business ideas and a lot had elements of coordinating local logistics so it was something that was already in my head when we started. I had some pre-existing ideas but it was about validating that with the rest of the volunteers and making sure that it was practical and realistic for the team."

What has impressed Jia in this time and what does the future hold?  This is what he told me:

"The generosity, kindness and altruism shown by all the volunteers have been absolutely incredible.  I've found myself volunteering 12-hour days, six days a week.  It's calmed down a bit now because we have found local leaders, wonderful talent in our volunteer pool who have stepped up and taken on more responsibility.   Now, it's about maintaining momentum, building up resilience and the volunteers to deciding what should happen next."

"I'd like to preserve and protect all the hard work done by the volunteers.  it would be a shame if six months down the line there was no mutual aid that residents could rely on.  I think that the crisis is not over - it's just the beginning.  It's the end of the beginning but it's not the beginning of the end.  I honestly think that we will be under severe social distancing restrictions and there will be plenty of people who need us.  What I would like to see is how we as volunteers can build resilience and sustainability into what we have done so far and that we are just as agile and available as we are today and with the same high degree of service and high quality that we are providing at the moment."

And how widespread, I wondered, had the response been?  This is what Jia said:

“We had volunteers registered from all around the country and requests from help from around the country but t's been predominantly from Barnet because you need to be local to understand what the challenges are.  We have a mutual aid admin from Barnsley who is in our marketing team and our operator team, helping us to coordinate.  It's that shared sense of identity across the nation, we are all mutual aiders doing the same thing.  Let’s put all of our resources together to ensure that there is something available across the UK for people who need help.”